NHS worker Nick reflects on how the coronavirus pandemic has affected his life, and the ups and downs of lockdown.

“It’s made me proud to see my colleagues doing what they do, caring for patients, despite the very real risk to themselves. I’m still officially a registered nurse, and I think there is a small part of me that wishes I was back there working with them.”

Nick is 47 and lives in Waterlooville, just outside of Portsmouth. For the best part of 20 years, Nick worked on the frontline NHS as a nurse.

“It’s definitely not an easy job at the best of times,” he says. “Sometimes the best experiences are just helping patients get washed and dressed in the morning and helping them feel more like their normal selves. But even after a bad shift, patients are always so grateful. Knowing you’re helping people makes it worth it.”

Nick was diagnosed with Parkinson’s in 2014. The year before, he had switched from working in a busy position as a matron, managing a ward, to an office-based role within the hospital.

“I was tired and fatigued. But it was when typing became difficult that I knew something really wasn’t right.” His GP referred him to a specialist.

“I’d already done a bit of googling and I expected it might be Parkinson’s,” he adds. “But it still came as a shock to me when I was given the news.”

Describing how he was given little information about the condition at the time of diagnosis, Nick turned to social media, where he discovered a community of people in similar circumstances. One of the people he started talking to was David Sangster, an avid spokesperson for people of working age who have Parkinson’s.

“David invited me to join video calls with other people with Parkinson’s from all over the world. We would chat and share stories and advice. It made a huge difference being able to connect with people that way.”

Inspired by the peer support but frustrated that there wasn’t anything local he could attend in person, Nick took it upon himself to set up his own group that he could fi t around a 9-to-5 offi ce job.

“I started an informal meet-up called ‘Parkinson’s @ the pub’, meeting once a month in the evenings. We’d get up to 10 people join which was a great number. Sometimes people would bring their partners too.

“It ended up being a place where not only could you chat about everyday things, but also gain valuable snippets of information. I had a long conversation with one man about how protein can interfere with your Parkinson’s medication and the ways of getting around it. It’s just as much about sharing helpful tips as it is peer support.”

Nick also became involved with delivering First Steps, a Parkinson’s UK programme for newly diagnosed people and their partners. “I think it’s the nurse in me – I feel really passionate about giving people the right support when they need it,” he adds.

“Because Parkinson’s affects everyone in different ways, I think it was difficult to know what to do.”

The ups and downs of lockdown

In his current role as an NHS quality manager, Nick was used to travelling long hours up and down the country visiting hospitals. But he explains the amount of driving the job involved was starting to take its toll.

“Some days I was doing four-five hours on the road. I’d already spoken to my manager about working from home a bit more often, which they were supportive of. I was even thinking about whether there might be roles where I’d be able to work from home permanently.

“So, when the coronavirus pandemic hit, and lockdown came into force, we had to adapt how we worked. At the moment I work from home each day and it’s much better for me in being able to manage my symptoms. I also get to spend more time with my family”.

But Nick describes the confusion at the time around how he should be protecting himself.

“I didn’t know how it might affect me. Was I more at risk of catching the virus because of Parkinson’s? Would I get severely ill if I did get it? My family became quite worried. My daughter, who lives at home, opted to go on furlough from her part-time job working in a pharmacy, in case it meant she was putting me more at risk. Because everything was happening so quickly, and because Parkinson’s affects everyone in different ways, I think it was difficult to know what to do.”

As Nick didn’t have any other health problems, he followed the same message as many other people did – to stay at home and to only go out for daily exercise. “It did become quite hard to differentiate the days, as it did for lots of people. So we’d try and mix things up, and maybe have a BBQ at the weekend. I enjoy playing the guitar and so sometimes I'd get that out and play.

“I wasn’t too worried about medical care as my Parkinson’s nurse had already started video appointments before the pandemic. I also signed up to an online pharmacy service to get my meds. It was really efficient and reliable.” 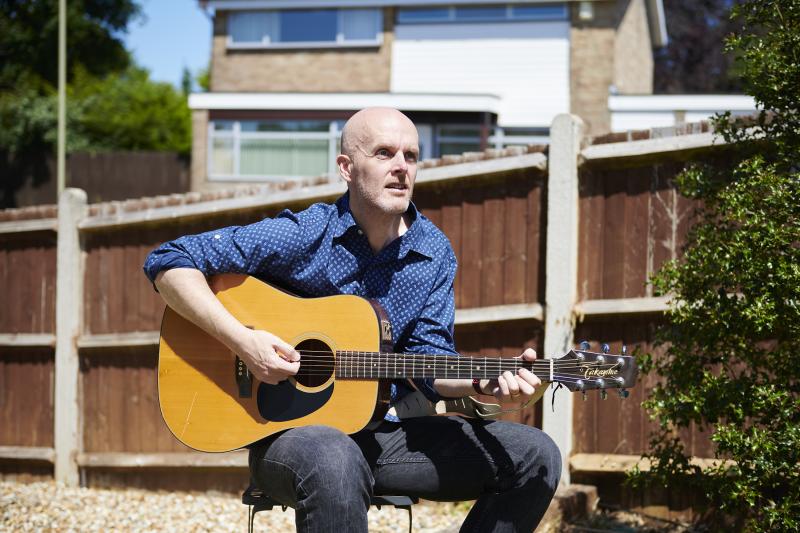 Nick explains that in spite of lockdown, he is fitter and healthier than he’s ever been. “I grew up hating PE and running. But I decided to take up couch to 5k last year and I’ve managed to continue running using a secondhand treadmill I bought.

“I also started karate lessons last year, something I’ve always wanted to do. Since the pandemic, I do video classes with my teacher over Zoom.

“It’s sometimes pretty hard finding the motivation, but I always feel better afterwards. I think it’s also a psychological thing – ‘Even though I’ve got Parkinson’s I can still do this’ – that sort of mentality.”

Nick explains that he sometimes finds it hard balancing living in the moment versus planning for and thinking about the future.

He is however keen to revisit Parkinson’s @ the pub, but accepts that it will be a virtual meet for the time being.

“We’re going to trial it in a few weeks over Zoom. I’m hoping it will work out well, especially now that so many more people are used to the idea of staying connected over video rather than in person.

“Occasionally I forget I have the condition, then other times I feel like it’s all I ever think about. For me, I think it’s important to remember that Parkinson’s isn’t everything.”

Read the latest guidance on Parkinson's and coronavirus. If you're worried about coronavirus or have any other questions, call our helpline on 0808 800 0303 or email [email protected]

"By staying active I've fought the condition at every level": Grace's story

Read more about '"By staying active I've fought the condition at every level": Grace's story '
Stories

Parkinson's: the story of one man and his dog

Read more about 'Parkinson's: the story of one man and his dog '