Jim and Jane have been married for 46 years and live in Clackmannanshire in Central Scotland. Jim was diagnosed with Parkinson’s 7 years ago. Here the couple talk about moving forward positively with Parkinson’s, together. 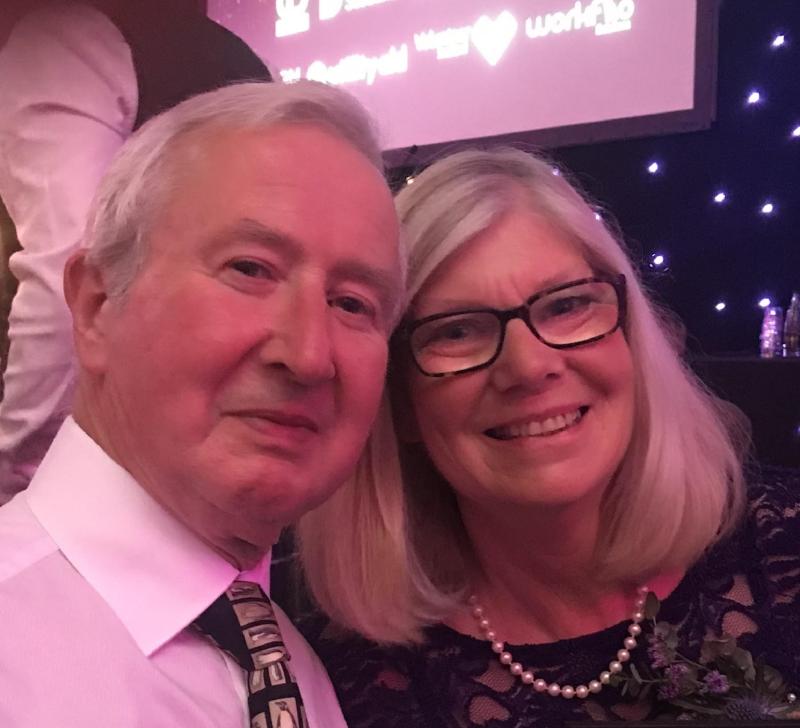 By the time Jim received his Parkinson’s diagnosis, the news was not a big surprise. “It was an obvious diagnosis,” Jim concedes. “I think the overriding wish after I was told was to find out more about Parkinson’s.”

“In many ways, it was much the same for me,” Jane says. ”It was a relief because there was an answer. You know what you’re dealing with. So we decided to crack on and see what we could do to make things as good as possible.”

The couple began looking at the Parkinson’s UK website. They quickly signed up to be volunteer facilitators for a self-management course for people with Parkinson’s that was being run at the time.

Jim and Jane both agreed that getting involved would be something constructive they could do to help others. But they also saw it as an opportunity for them to learn more and to meet other people with Parkinson’s.

There were other, more unexpected results from the programme too, as Jim explains: “One of our action points from the course was to get a rescue dog, which we did. Bonnie is a constant companion, and has made exercise compulsory - twice a day, without fail, irrespective of weather. You read all the time about the benefits of exercise and it is absolutely right.”

Jim used to play badminton to a high standard, but when his Parkinson’s symptoms made it difficult for him to continue, the game has now been replaced with Dance with Parkinson’s sessions, which he and Jane go to together.

Jane laughs as she recalls having to persuade Jim to try the dance class. “I said to him, ‘Right, you’re going to do some ballet lessons,’ and there was a lot of grumbling. He’s never been a dancer - he had two left feet before Parkinson’s!

“But there’s the social side of it and we have a live pianist. It’s a very enjoyable way of exercising and as the teacher says Jim is often in a world of his own so he’s obviously enjoying the music. There’s no compulsion to follow the exercises exactly - you do what you can do and what is enjoyable for you.”

Jim and Jane have thrown themselves into the local Parkinson’s community since Jim was diagnosed. As well as the exercises classes, Jim is the Chair of his local group and a part of a singing group that their son leads.

“Being around other people with Parkinson’s for me means it’s a shared experience and gives me a sense of wellbeing,” says Jim. 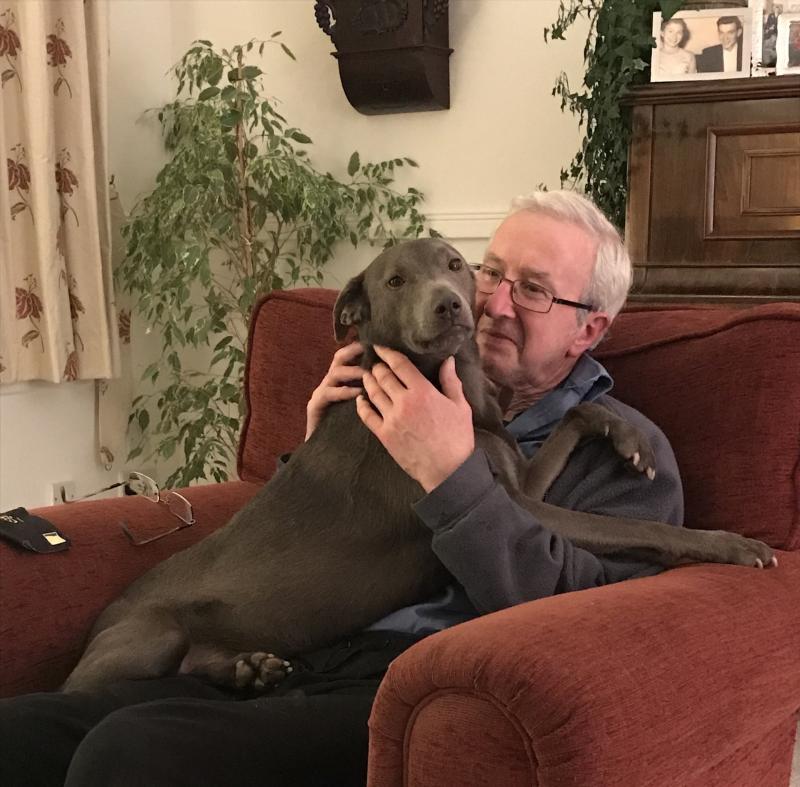 At home, Jim and Jane’s responsibilities and roles have slowly begun to change as Jim’s Parkinson’s has progressed.

“I know Jim doesn’t like the fact I’ve taken on more responsibility for things he might have done in the past. But if something needs to be done, it needs to be done, and I don’t mind that. Stress is bad for Parkinson’s, so anything I can do to reduce stress is good. We are a team.”

“The word ‘carer’ has a number of connotations,” says Jane. “‘Carer’ is a warm term, but it can also imply that the other person is incapable - and Jim certainly isn’t incapable. But I do care, so it’s a difficult one. I don’t object to the word, but I don’t know if there is a word that really encapsulates what it is all about.”

I miss doing what I used to do, in terms of running the house. But I am also extremely grateful that Jane has taken on the extra responsibility. Things would have been very much more difficult if she hadn’t.

Jim admits he’s had to adapt to roles changing over time. He says: “I miss doing what I used to do, in terms of running the house. But I am also extremely grateful that Jane has taken on the extra responsibility. Things would have been very much more difficult if she hadn’t.

“As she says, we’re a team and I still try to do as much as possible. The hoover is mine! Jane is not allowed to touch it. The dishwasher is mine as well. I resent any interference with my dishwashing!” Jim laughs.

The couple are also supported by their 3 children and their extended family. Jim says: “Our children's reaction has been incredibly positive and beneficial. In their own way, they are all very supportive and have come to terms with the fact dad isn’t quite the same.”

Jane agrees: “We are very fortunate - if we need them, they are there, which is a great comfort. As my mother said, ‘There are always people worse off than you.’”

Jim nods, and then chips in: “Although she also says, ‘It’s a bugger growing old’ and I’d go along with that!”

Facing up to the challenges

Jim and Jane are passionate gardeners and tending to their large garden gives them a great deal of pleasure. But more recently, Jim has been facing challenges with his balance.

“In the garden, if I was trying to move backwards or sideways, I had a tendency to fall over, which was a little bit disconcerting,” he explains. “I’m far more aware of balance, or lack of balance, than I ever was. There’s also that fear of falling I suppose.”

Between the 2 of us, we hold each other up.

Jane experienced a serious back injury 5 years ago and now has some paralysis in her left leg. So she can understand Jim’s caution around his balance issues. She says: “Since my injury, I’ve had to slow down and watch my balance. It can be a little scary.

“After I’d had surgery to fix the issue, Jim’s first reaction was, ‘At least you’ll be walking as slowly as me now!’” Jane laughs.

It’s a symptom then, the couple have both had to navigate. “Between the 2 of us, we hold each other up,” says Jane.

“Jane would endorse that I probably do more than I should,” Jim admits. “Sometimes you do have to say ‘Well maybe I shouldn’t be cutting the grass as often as I do.’ There are lots of things I would have been happy doing on my own, pre-Parkinson’s, but now perhaps I need a bit more help. It’s about being careful and recognising my limitations. “

Jim and Jane’s other big passion is travel and although Parkinson’s has made an impact, it has also made them more determined to see new places.

“Parkinson’s has just meant planning is key,” explains Jane. “Travel itself is really tiring, so we plan rest days and don’t do things at the speed we did before. It’s that gradual slowing down and being careful.”

“Holidays have become very important to the both of us,” says Jim. “They provide a stimulus and give us something to look forward to.”

Jane agrees. “We could become quite insular if we didn’t make an effort. Because we do enjoy the garden and we enjoy being at home. But there is a danger of not doing new things or meeting new people. Those things stimulate the mind.”

But travelling also reminds the couple that Parkinson’s isn’t the end. “Really it’s forcing yourself to go outside of your comfort zone. There’s no, ‘Well that’s it, I’ve got Parkinson’s, life is over’,” Jane says. “It makes us feel like we are still living life.”

Jim and Jane in Australia
Back to top

"On the whole we know we’re lucky" - Steff's story

Holidays and travel when you have Parkinson's

Read more about 'Holidays and travel when you have Parkinson's '