Barrie talks about how losing his sense of smell was one of the first Parkinson’s symptoms he experienced. We also meet Dr Clara O'Brien who talks about managing this symptom. 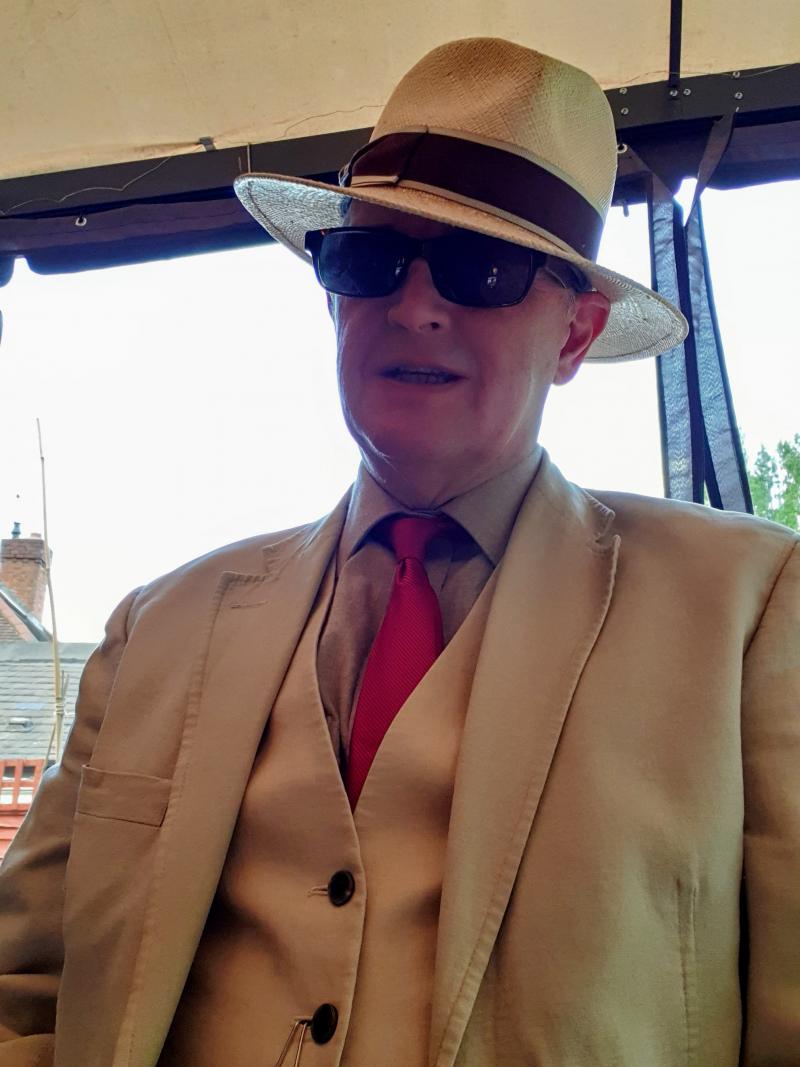 I was around 30 when I first went to the GP. I remember smelling something awful, like electrical burning – an ionised, smouldering aroma.

It had happened a couple of times, until one day I lost my sense of smell completely.

My GP put it down to scuba diving when I was younger, and how the pressure may have damaged something. He said there was little they could do, and I’d just have to get used to it.

Almost 20 years later, after developing a tremor in my finger, I was given a diagnosis of Parkinson’s. It was only then that I found out the two were linked.

Your sense of smell affects your sense of taste, so I can’t really taste things either. I’ve mostly gotten used to it, but I have had to adapt the way I do things.

In the kitchen, I’m a very heavy seasoner. You really need to love garlic and spice if you want to try my cooking. I live with my wife and grown-up daughter. My wife usually taste-tests things and deems if they’re passable for other people.

Fortunately I love curry, and my favourite sandwich is beef and horseradish. Otherwise, I have to rely on how things look, and the colour of things. Not being able to smell carries quite serious safety issues. For example, I would only know if the house was on fire if I saw the smoke. In the past, the gas on the cooker hasn’t lit, and my family have had to tell me.

We have lots of carbon monoxide detectors in the house. It's a worry, but you have to just deal with it.

Not having a sense of smell does have its advantages. Our dog creates some very bad odours, none of which I have to worry about. I also went to Glastonbury, and not being able to smell the toilets is nothing short of a super power.

But I’ve also forgotten a lot of smells. This does make me feel a little sad. Whole memories attached to events are altered, because one of my senses is now missing.

Even to this day, my family still forget and ask me if I can smell things. Often, I can’t even remember what the smell they describe is like anymore.

I’ve not met anyone else with Parkinson’s who experiences this problem to the same degree. Really I just try to be pragmatic, and see things with a sense of humour.

Loss or reduction of smell (anosmia) is common in Parkinson’s, with up to 95% of people experiencing it to some degree. It can be one of the earliest symptoms, and people often report experiencing loss of smell before they even have any difficulties with movement.

Loss of smell can affect people in different ways. We rely on our sense of smell to taste food, so reduced smell can lead to weight loss or weight gain.

It can also affect your mood, relationships and overall quality of life. In addition, loss of smell can affect your safety – for example, being unable to smell food burning. It does not respond to Parkinson’s medication, so is unlikely to get better even with this treatment.

Loss of smell is something of a ‘hidden’ symptom, so talking to others and making them aware can help them to understand how you are affected. If your mood is affected, do talk to your GP about accessing treatment for this.