Following a number of small strokes 4 years ago, Chris has faced a series of life-changing diagnoses. She now lives with vascular dementia, dementia with Lewy bodies and Parkinson’s. Here she shares her story.

“I’m a glass half full person and despite everything, I’m still optimistic,” says Chris, who, at the start of this year, was told she has dementia with Lewy bodies.

4 years ago, Chris had 3 small strokes. “I was told everything would go back to normal, but I knew something in my head was just not right.”

A year later, Chris was taken to hospital with another suspected stroke and was referred to the elderly care assessment service. There, at just 60, she was diagnosed with vascular dementia.

“I was so upset. I didn’t want to speak to anyone. I didn’t want to leave the house. It felt like a death sentence,” Chris reflects. “At the time, I was living alone in Cardiff. Each morning I had three things to do – make a cup of tea, take my medication and feed my cat. But sometimes I’d do none of those things. I’d get confused and just end up wandering around my house.” 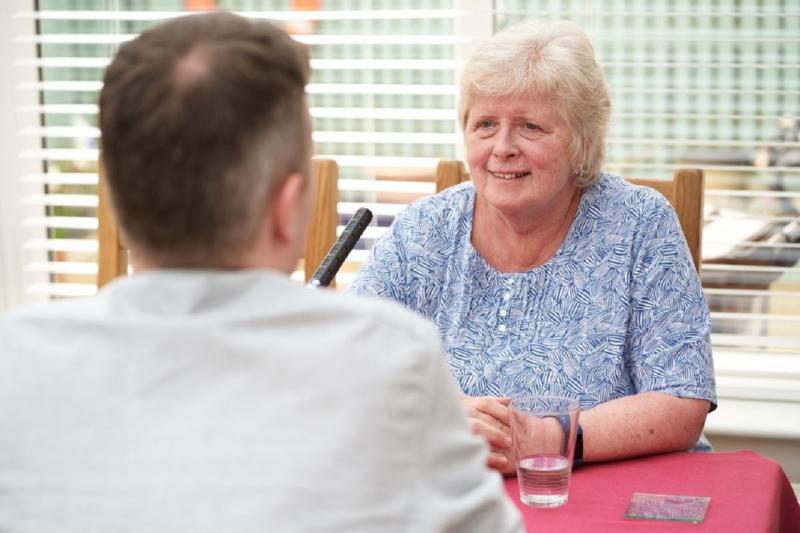 During this time, Chris’s partner, Heather, was living over 200 miles away in East Sussex and the pair would travel between their two houses. Over time though, Heather was doing most of the travelling, so eventually they decided Chris would move from Wales to the south coast.

But Chris’s health continued to deteriorate. “I’d developed a tremor in my hand which got worse if I felt anxious. I had swallowing problems, so stopped eating and was feeling very tired and depressed.” She was eventually diagnosed with Parkinson’s.

Becky, the nurse Chris saw that day and continues to see, has had a huge impact. She explains: “She was, and is, absolutely amazing. As soon as she started me on medication, I became a different person. My tremor improved and I had so much more get-up-and-go.”

Sadly, the improvement didn’t last. “I lost my sense of taste and smell and my spatial awareness wasn’t brilliant. My right leg became very stiff which caused me to stumble. I was also experiencing restless legs syndrome, which meant I wasn’t sleeping well at night. And alongside all of those things, my anxiety and depression got worse.” After a series of scans, a neurologist broke the news that she thought Chris had dementia with Lewy bodies.

I think I cried for about 3 months. But then I realised I had a choice – I could either stay at home and spend the rest of my days in front of the TV, or I could help myself.

“When I was diagnosed with vascular dementia, I didn’t know what was going on and thought I was going mad,” Chris admits. “I wasn’t given any information about the condition and had no idea where to get the support that I needed.

“I think I cried for about 3 months. But then I realised I had a choice – I could either stay at home and spend the rest of my days in front of the TV, or I could help myself.”

“So I called the Alzheimer’s Society’s and spoke to someone on their helpline. I also attended a course the charity was running about living well with dementia. It was there I realised I’m not on my own.”

Chris experienced the same feelings of hopelessness when she received her dementia with Lewy bodies diagnosis. Through the Lewy Body Society she spoke to an Admiral nurse, and she shared strategies and tasks to help Chris manage.

“Eventually Heather and I had sessions together and we would talk about how we are both coping. One really useful exercise she did was asking us both questions – I had to respond as Heather and Heather had to answer as me. It was really insightful and taught us a lot about what we were thinking.”

Living with dementia and Parkinson's

“I have good days and bad days. On a bad day, I can’t do anything at all. My energy levels are low and I feel fatigued. The only way I can describe it is that it’s like someone has turned the tap on and drained everything out of me.”

“But I do have lots of coping strategies. I may go for a stroll along the beach, or I’ll do something to distract myself. We also have a touring caravan, which we still like going away in. It means we can just go, and I don’t have to think about anything or anyone. It’s escapism really.”

“I’m also honest with Heather – if she tells me something that I’ve forgotten, I’ll just say, ‘If you told me, I don’t remember.’”

“I think it’s important to have something that gives you a sense of purpose. I’m an ambassador and volunteer with the Alzheimer's Society and Lewy Body Society and give talks to people about my experiences. If I can help just 1 other person, that’s enough for me.”

On a day to day basis though, I don’t tend to look forward too much. If I make plans and then for whatever reason, can’t do them, I can get disappointed.

Chris explains: “People think it’s all about memory with dementia. But I have cognitive problems too – I’m very sensitive to noise for example. At times, we’ve been out for dinner with friends, but it can be very loud. I get frustrated and anxious if I am struggling to follow the conversation.”

“I’ve lost friends since being diagnosed with dementia. I don’t think they knew how to talk to me. But I’m still me, we can still chat. Even now if people find out I have dementia, people will address questions to Heather, not me. People need to see the person, not the condition.”

“But we have great support from Heather’s sister and partner. Both of them are retired mental health workers so have a real insight into what we’re going through and they are a particular support for Heather.” 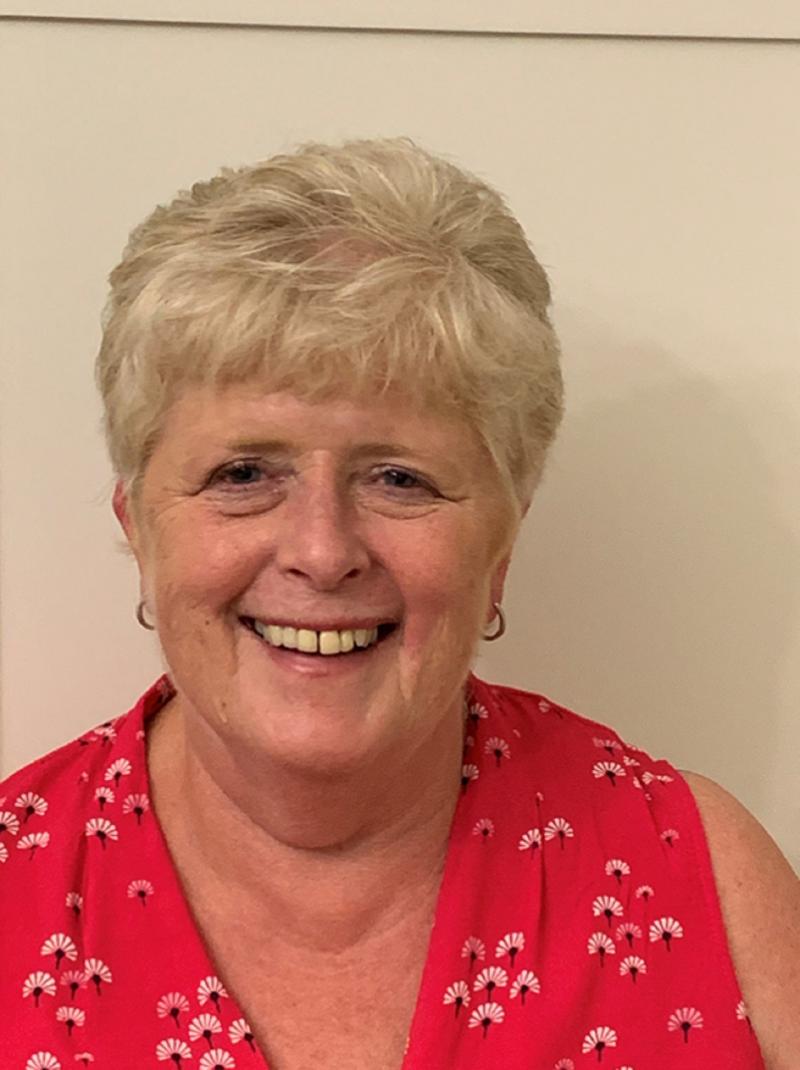 “I live for today, but I’ve also made sure my house is in order. Heather and I had a civil partnership and I’ve made a will and a power of attorney.” Chris explains, “This means Heather will not have the burden of deciding what care I want if I can’t tell her myself.”

“It also means we’ve had really indepth chats about what quality of life really means. For example, at the moment, the thought of not recognising Heather is heartbreaking, but if I’m content watching TV or sitting quietly, is that quality of life?”

“On a day to day basis though, I don’t tend to look forward too much. If I make plans and then for whatever reason, can’t do them, I can get disappointed.”

“But I’m always reminded that I should be kinder to myself. I often beat myself up about the things I can’t do anymore.” But, as Chris adds, “ Importantly, I also know there are lots of things I can still do.”

Read more about dementia and Parkinson's.

Read more about 'Creativity and me '
Stories

How I stay fit

Read more about 'How I stay fit '
Stories

Fiona and Martin: Our journey together with Parkinson's

Read more about 'Fiona and Martin: Our journey together with Parkinson's '