How do you cope when you feel self-conscious or embarrassed about your Parkinson’s symptoms? We meet Nathan, who has Parkinson's, and hear from expert Jennifer Foley. 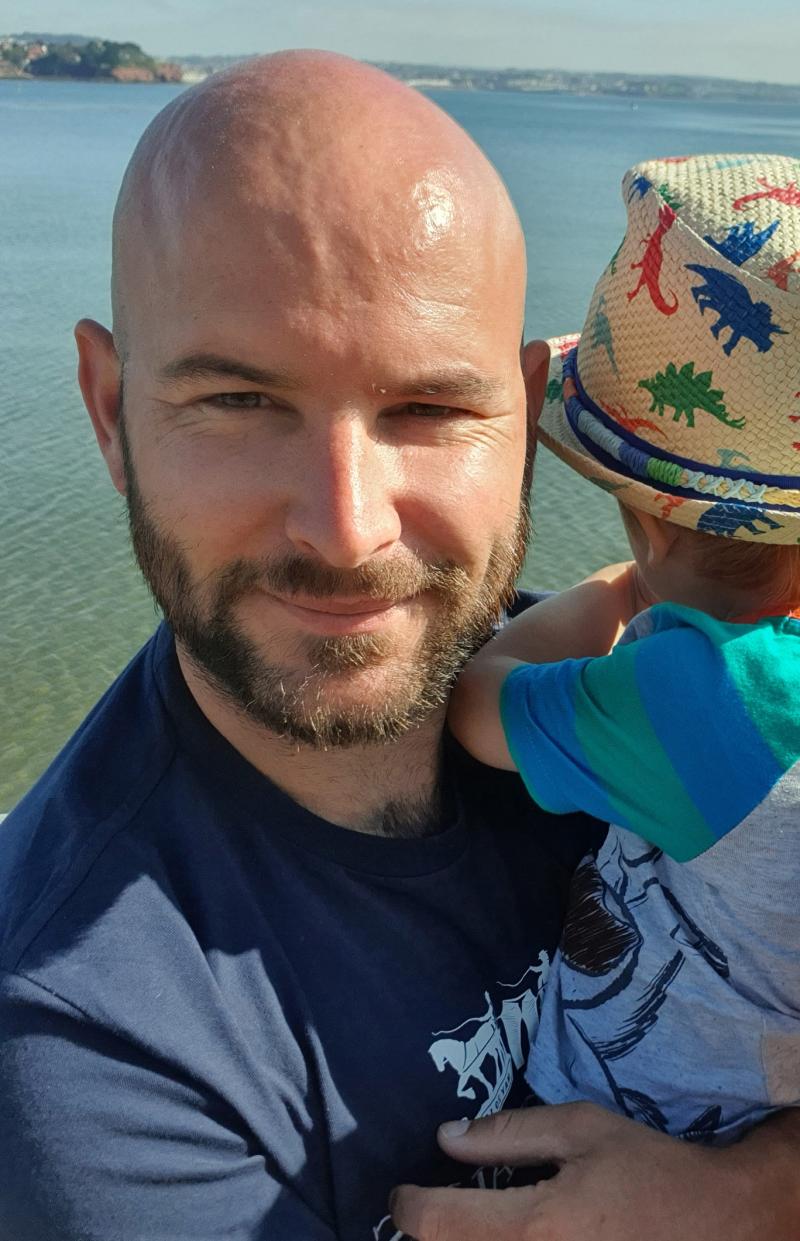 Nathan and his son Charlie

“In my last job, I used to get called ‘glider’ and ‘robot’ because of how I walked. It was classed as banter and a laugh, but it used to bother me quite a bit.”

Nathan lives in Staffordshire, and was diagnosed with Parkinson’s in 2019 in his early 30s. He has dystonia, rigidity and joint pain and walks with a stiff gait. He describes how he often gets comments about his Parkinson’s when he’s out and about, which he feels is made worse by the fact that he is younger.

“People don’t realise that you can have Parkinson’s when you are my age,” Nathan says. “I get embarrassed when I walk down the street because I’m paranoid about what people are thinking about me. When lockdown happened I actually liked it because it meant I could stay in and not face people.

“I was once out with a group of people and one of them asked me why I was walking funny. When I told her it was because of my Parkinson’s, she was shocked. I think people do end up feeling bad when they find out.”

He adds: “I find I’m always having to justify myself. I’ve been in the supermarket trying to pay and I can hear people huffing in the queue behind me. I’ve learnt to explain to them that I’m slower because I have Parkinson’s and I need a little more time.”

Nathan explains how his wife Leona tries her best to support him. “My speech can sometimes be mumbled or I may have difficulty getting words out. She doesn’t like seeing me feel embarrassed or awkward so will sometimes jump in and help me. It’s tough for her to see me struggle.”

Nathan is starting to get more support from his Parkinson’s nurse and has also joined the Parkinson’s UK Facebook Community Group. He has a three-year old boy called Charlie and likes to focus on having good days with him.

“I think it’s important for others to know that you can’t just go around judging people or making comments. You don’t know how it might affect them.”

Face your fears. Avoiding social situations might have a short-term benefit of reducing embarrassment, but long-term, it increases the problem. If you routinely avoid social situations, you don’t give yourself the chance of developing coping strategies or reducing your anxiety, and this only serves to increase worry and negative feelings.

Focus on others. Take your focus off yourself by thinking about others. If you are going to a social event, is there someone there you are particularly looking forward to seeing? When with others, try to focus on what is being said, rather than on your own worrying thoughts.

Breathe. Learning to slow your breathing can reduce feelings of anxiety. Practising breathing exercises when at home alone can make you more prepared to use this skill when you feel embarrassed. You can also try to reduce general anxiety by using other relaxation techniques, such as mindfulness exercises.

Share how you feel. Talk to other people with Parkinson’s – the likelihood is that they will have had similar feelings. It can be good to talk to someone who knows exactly how you feel and might have ideas on how to cope.

Read more about 'Can you help us shape 'Related content' on The Parkinson? '
Stories

Making a will - Joyce's story

Read more about 'Making a will - Joyce's story '