Fiona is now a full-time carer for her husband Martin, who has advanced Parkinson’s. After retiring during lockdown, Fiona reflects on how she and Martin have adjusted to a new way of life, and its impact on Martin’s condition.

"It's been kind of strange, because I had grand plans for when I retired, and all the things I was going to do,” Fiona explains.

“But it’s been lovely not having to combine all the pressures of working and being a carer. It’s been a smaller world, but a nice one. We’ve been doing a lot of birdwatching in the garden, so we’ve started to appreciate nature a bit more.”

Her husband Martin has been living with Parkinson’s for 26 years. He has been experiencing complex symptoms of the condition since 2014. “It’s been a difficult few months for Martin. Before lockdown, we were actually really active. Martin played bass trombone in our local orchestra. He also played Short Mat Bowls each week, for some gentle exercise. But now all of those key activities have stopped, and many of his symptoms have unfortunately got worse." 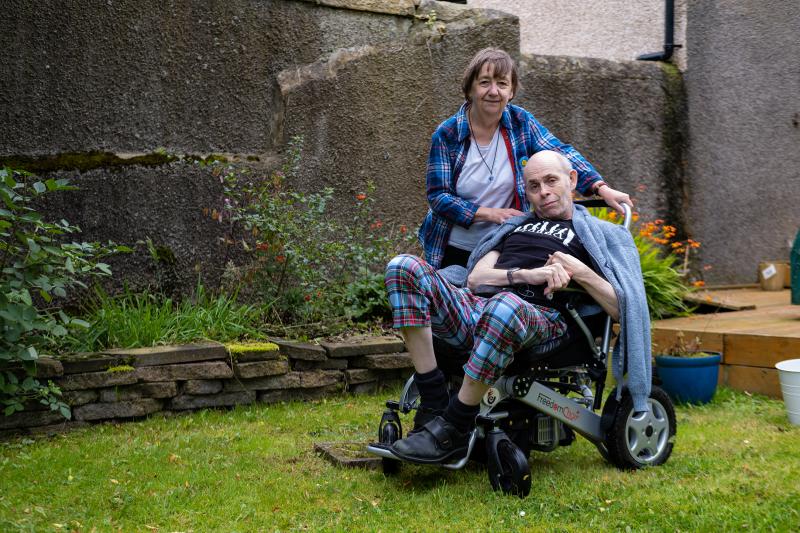 "Getting about, sometimes just walking, can be very difficult,” Martin explains. “Sometimes, in the morning, I get dystonia in my right foot. It gets very tiring as I can’t put my foot down flat.”

Fiona adds: “Martin’s balance has also been really affected over this time. He’s had falls occasionally over the years, but is currently much more prone to them.

“After a fall, he can get extremely rigid and his tremor is worse. His rigidity often makes it impossible for him to get in and out of the car without assistance, or position himself comfortably on the bed or his chair.”

Fiona says: “Martin’s Apo-Go nurse has been really great and has done a lot to help us.”

In March, Martin experienced a serious fall, which prompted Fiona to take early retirement from her job as a social worker.

“Martin was reaching into the kitchen cupboard, lost his balance and fell with a crash. He was really sore, rigid and shaking. Getting him to his feet was very difficult. “He was in considerable pain and appeared to have hurt his left shoulder. So, after already hurting one in a previous fall, he now had two injured shoulders, and couldn't move his left arm." 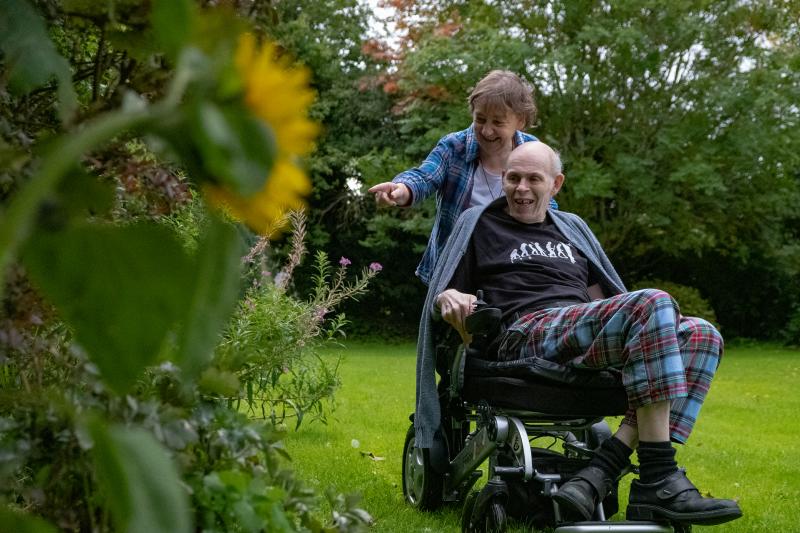 Adjusting to a new way of life

Fiona explains how taking early retirement has helped her in her role as carer.

“When I was working at home, in the next room, Martin was sitting by himself all day each day, immobile, in front of the TV... It was very stressful. At least now that I’m retired it’s a little less stressful because I’m sitting in the same room with him.

“His consultant has done a lot to help manage his medication so that Martin’s able to continue to play his trombone.”

Martin adds: “Playing the trombone helps me keep my mind active. It’s also one of the few instruments that you don’t need fine motor skills to use as you would with the flute or clarinet.”

Fiona and Martin have two adult children who live nearby. They have been helping the couple with tasks throughout the lockdown.

Fiona says: “Our local social services office has recently agreed to provide funding for the levelling and slabbing of the slope into our back garden. This means we can now get Martin out of the house for some fresh air. Also, we’re getting a social worker to reassess Martin's needs.

“Martin’s physiotherapist has also given him a few gentle chair exercises to do, to help with the muscle weakness in his shoulders.”

Fiona contemplates their past and future. “Thinking about our experiences, our message to others starting the journey would be to see it as just that. While our lives didn’t always take the paths we anticipated, we’ve met people we wouldn’t otherwise have met, learnt things we wouldn’t have otherwise have known and we’ve still had fulfilling lives."

Read more about 'Can you help us shape 'Related content' on The Parkinson? '