We share 6 stories of people affected by Parkinson's who talk about how their creative hobbies and ventures have shaped their lives, and helped them manage the condition.

I used to be the financial director of a big business. I was financially secure, the kids had left home and my husband and I were planning retirement. Then in 2015 I was given a diagnosis of Parkinson’s. I was petrified.

Depression and negative thoughts started to kick in. My marriage hit the rocks, and I felt I had nothing left but to face my disability alone. I ended up seeing a counsellor. He recommended that I write all my fears down at night when I couldn’t sleep, which would make them easier to work through bit by bit the next day.

When I woke up the next morning, I was amazed to find that I had written what seemed to be a poem. It felt very strange – I have never been into reading poetry, let alone writing any.

As you can imagine I was more than a little confused. How had this all come about? The poems started to come thick and fast during my many sleepless nights. I ended up writing 2 books full of poetry.

Not long after, I suddenly had the urge to start drawing. I have since done around 30 sketches and paintings of birds and animals, and have even sold a few.

I have given up trying to explain this strange artistic streak. I believe it must be the Parkinson's or medication that has caused it. I’ve spoken to other people with the condition who have also started making jewellery, model making, creative writing and writing poetry.

I am no longer depressed and certainly not bored. My disability has not been the end but a new beginning. I wonder what I will do next? 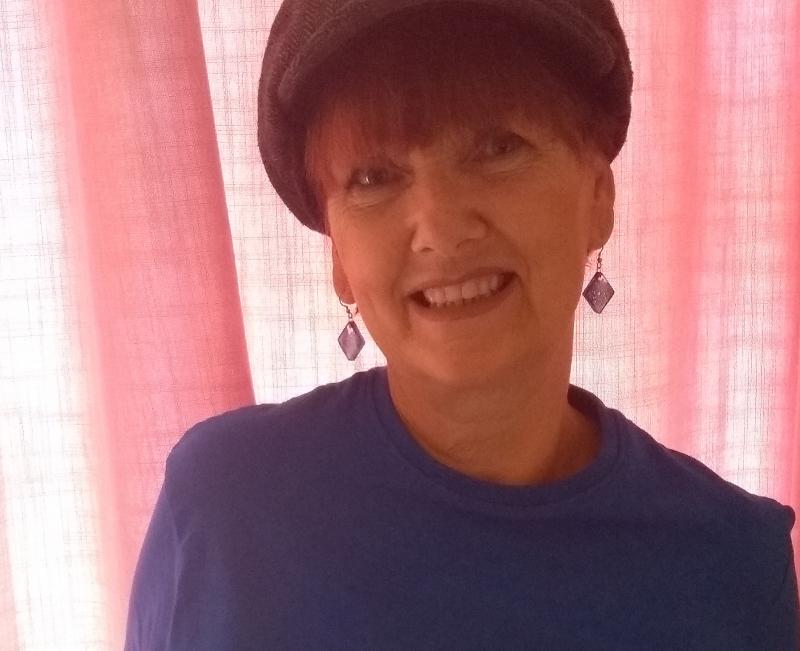 I didn’t do anything with my interest in arts and crafts until 3 years after I was diagnosed with Parkinson’s. I made a photo album scrapbook for a friend’s birthday. It went so well that I made more for other people.

I then started painting and drawing. My son studies graphic design at university and so I was able to borrow some of his kit. Idle scribbling turned into ink, pen and chalk sketches, and I even had people request that I do portraits of them.

When I sit down to do my crafts, I go into my own world. It’s almost like meditation – it’s my own space, and I’m in control. My Parkinson’s symptoms disappear.

When coronavirus hit, I bought a sewing machine. I’d never sewed before and I’m rubbish at it, but it felt like something new and different to try. I watch YouTube tutorials to learn how to get techniques right. I also get inspiration from apps like Pinterest.

People ask me why I don’t sell the things I make. But the aim isn’t to create something perfect, or beautiful. Putting that pressure on myself would only cause my symptoms to flare up, and I’d get agitated. That isn’t why I do my crafts – I do it for myself. 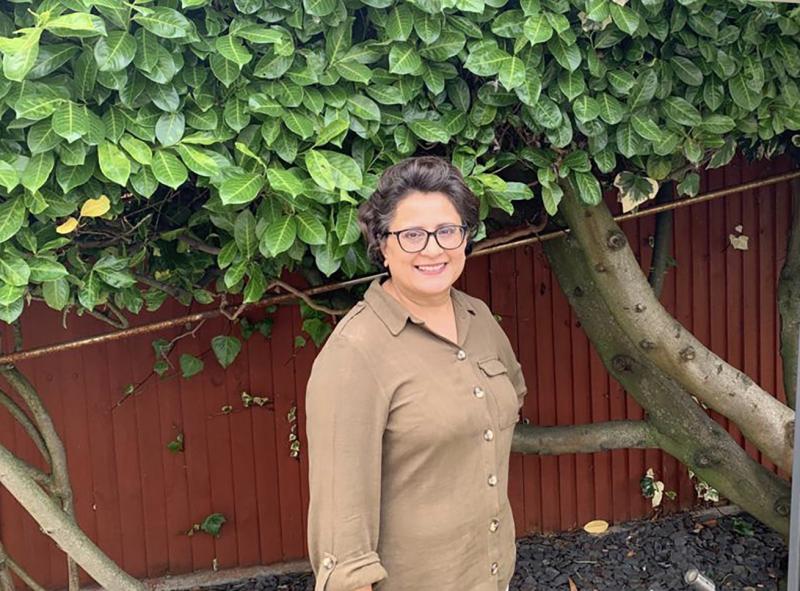 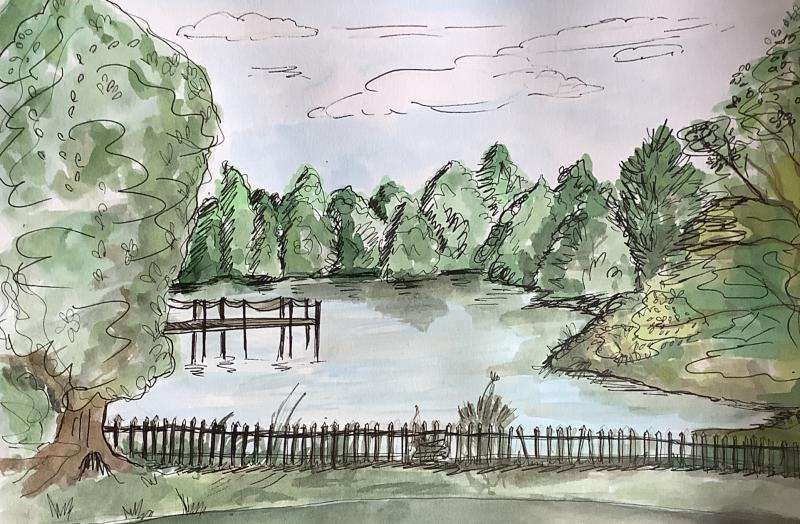 My passion for music: Laz's story

I’ve always been into music. My dad was an Irish crooner, and I was obsessed with The Beatles from the age of 11. I learned to play the piano at a young age before getting into guitars.

I now play with a small band (or I did, before I started shielding during the coronavirus pandemic).

Playing the guitar helps my symptoms, as I often get lost in the music. I don’t think too hard – I just play. I sometimes write songs about the condition, and the sadness that it can bring. I find it difficult to speak sometimes, but singing helps.

I get bad cramps in my right hand. The first time it happened I couldn’t hold my plectrum properly as my hand had curled up. I thought my days of playing the guitar were over. But instead I chatted to the crowd until it passed, and I’ve since looked into plectrums that you can attach to your finger.

If I’m let loose in a music shop, my spending can quickly get out of hand. The same if I’m on a music gadget website.

I mentioned it to my consultant and I found out it was a side effect of my medication, known as impulsive and compulsive behaviour. He suggested I reduce my medication, which has helped, and my wife and I try to keep an eye on things together.

Music means lots to different people. If I perform a song and someone ‘gets it’, then to me it’s like selling a million records. 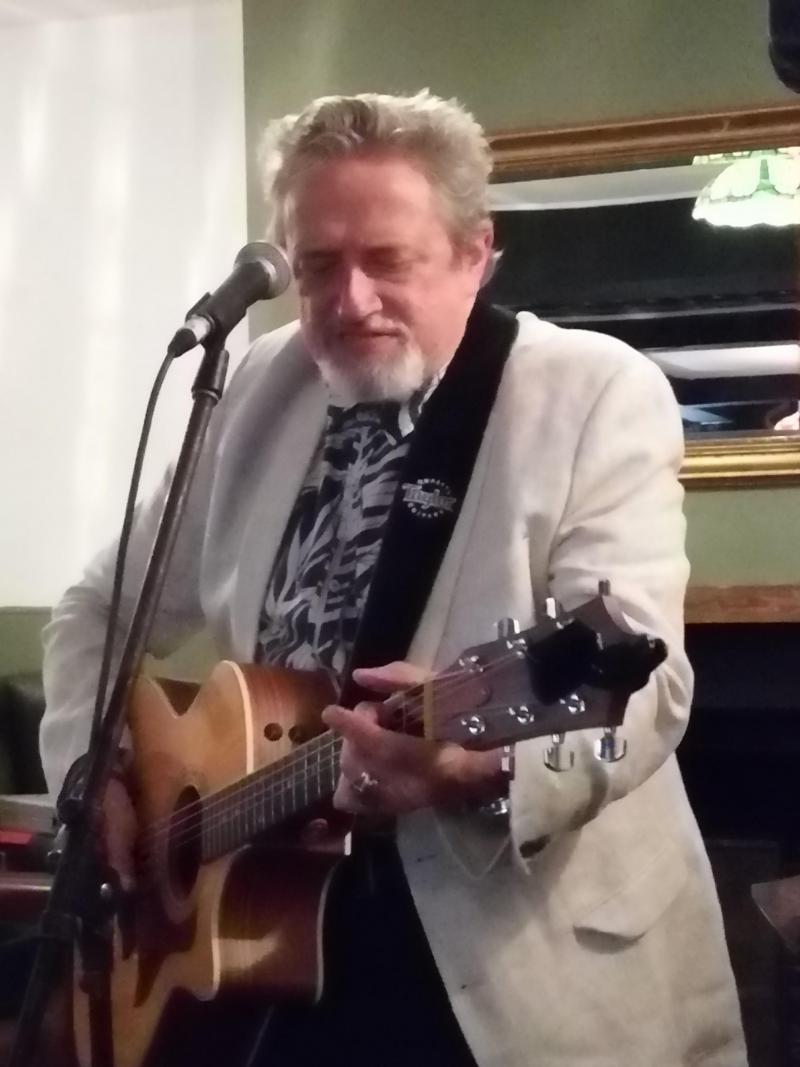 For most of my life I worked as a production designer on films, and then later on in life I designed art exhibitions. It was all about looking at how to use the space properly, which is similar to how I approach my artwork.

I often start out with a photograph, which I will then paint on using oils and house paint. I’ll then re-photograph it, or photograph a certain detail on it. And then I’ll paint on it again.

I might start on a piece, and then do a series just focusing around that specific one using the same methods.

Having Parkinson’s has definitely changed my artistic style. I feel my work is more creative and ‘feverish’, as opposed to how considered it was before. There’s some structure somewhere, but there’s fewer rules. 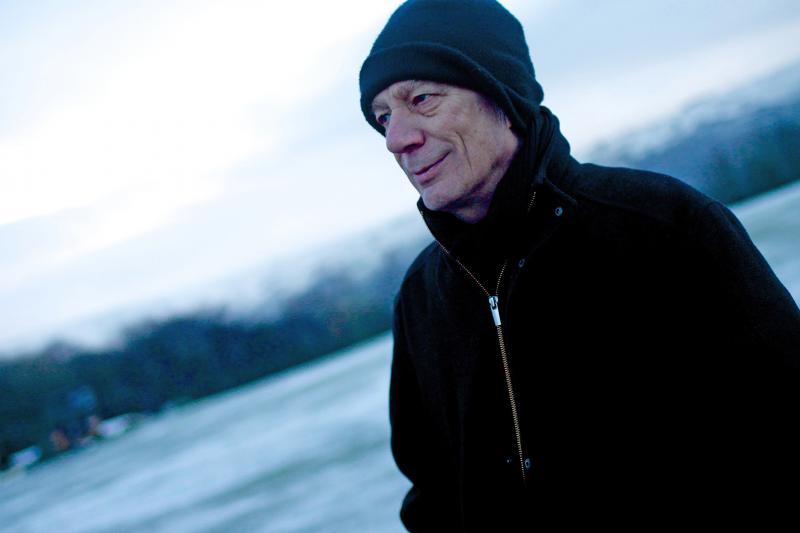 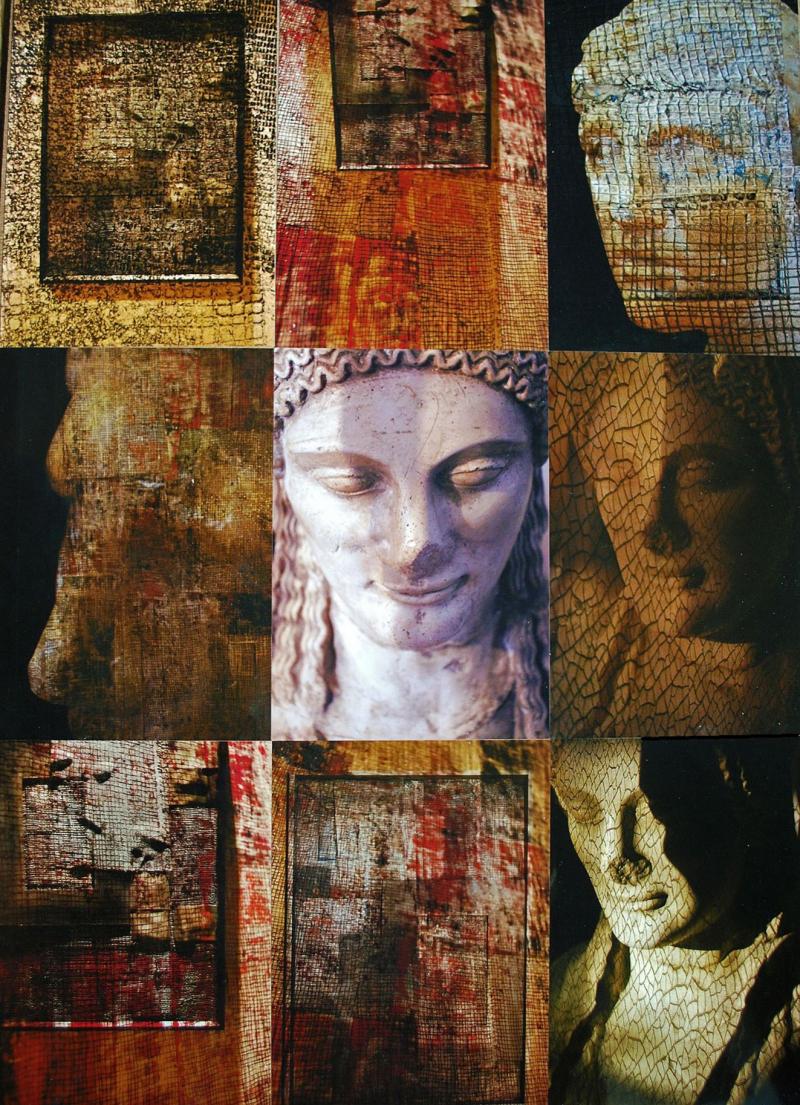 Never too late to dream a new dream: Jan’s story

Someone asked me last week if I would swap my life for what it was, if it meant not having Parkinson’s.

I was a principal lecturer at a Leeds university when I was diagnosed in May 2016. Increasingly, I lacked the stamina for the job I loved. When I lost confidence in driving, that was the final nail. I submitted my resignation.

Wanting to avoid death by television and it being too cold to garden, I decided to try painting in January 2018. I had no theory or lessons to fall back on. What I had was time, a curious mind and an absolute conviction that this condition would never determine me. Dreams might alter but not disappear.

And what an unexpected but wonderful dream - my work was accepted for 4 city centre art exhibitions, one of them an international show in a New York gallery in 2020. My work for this was based on having Parkinson’s and achieved the prestigious Curators’ Award. I donated the prize money to Parkinson’s UK. I am now one of their house artists, my work promoted by them across the world. To them, I’m simply an artist they like - to me, I’m an artist who can raise awareness.

You don’t need to draw either – I don’t. Over 18 months, I’ve run workshops for patients at the John Radcliffe Hospital in Oxford for their research project ‘Picturing Parkinson’s’, in the neurosciences department. People who have never painted use paint to explore their emotions. It has been so successful that it is now being offered as online sessions internationally.

Knowing that what I do makes a difference to others has restored my self-worth. I run paint workshops, give talks on the benefits of creativity, run exhibitions both within and outside the Parkinson’s community. All of these came with having Parkinson’s.

Parkinson’s is part of my life now and if I can help others deal with it, raise public awareness of it and feel totally alive and fulfilled at the same time, would I change things? No thanks. 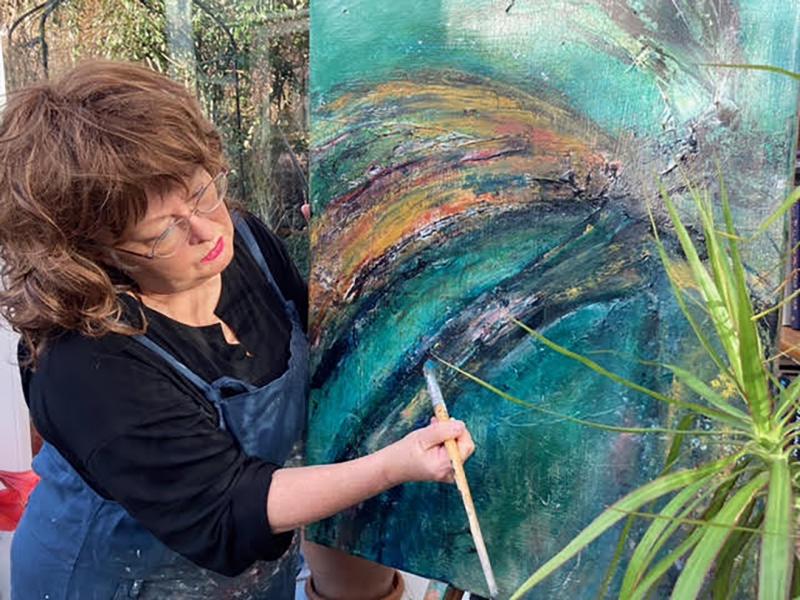 Breaking Form is a photographic project developed over 2 decades by Buz Williams, his wife Debbie Green, and photographer Clare Park. The photography is inspired by Buz’s Parkinson’s and the three collaborators’ backgrounds in theatre and dance. Buz was diagnosed in 1979 when he was 29, and died in 2014.

Buz (speaking in 2011): I would like people to be moved by the photographs one way or another - stirred or amused, shocked or inspired. The pictures altogether, as an entity, could offer others the opportunity to take another look at their condition and how they might deal with it.

Debbie: Parkinson’s was a part of my life with Buz, and our family life. Over the years, this project provided a structure for sharing ideas and constructive self-expression.

Buz’s writing, which accompanies many of the images, tended to take me by surprise.

I transcribed what he hand wrote on the pages - sometimes a humorous one-liner, word doodles or spontaneous comments that he and I expanded upon and refined. I liked being swept along by his intellect and unique slant on life in the creative process.

When Buz died in 2014, Clare proposed continuing our work with a monthly photography shoot. It was a way to creatively deal with the huge shock of reality without Buz.

We re-visited and re-imagined locations from previous photographs with sentimental props, keepsakes and at times incorporating my landscape photography and Buz’s word doodles. Afterwards I found it easier to part with some of these things because the photographs contain our story in a revitalized way.

Clare: My challenge when taking photographs for the project was always to respond quickly to capture the drama from the unexpected, from the fun and the humour, as well as  incorporate Buz’s sense of adventure.

The photographs have moved on from being a reflection of illness and bereavement to an expression of human spirit. The narratives are heart-warming and pertinent to Debbie and I - losses and frailties, curiosity and optimism.

We hope to inspire people to explore and share challenging feelings creatively, in whatever way possible. 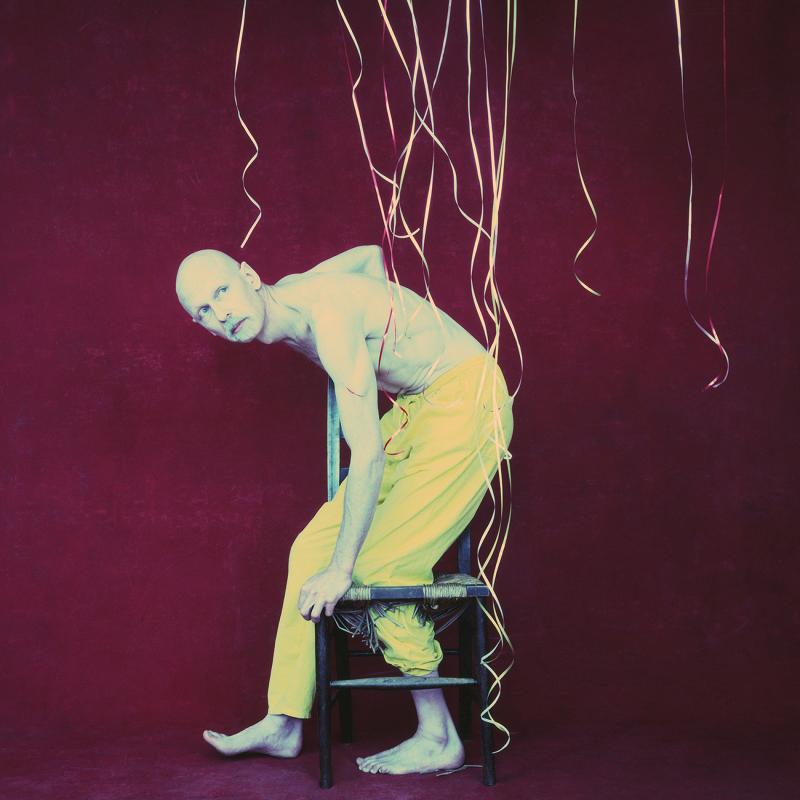 "UNATTACHED STRINGS 1997. A simple concept like a chair instead of being just a seat to sit on, more often would trip him up - stumbling and biting his ankles or his brain." Photograph by Clare Park©, text by Buz Williams 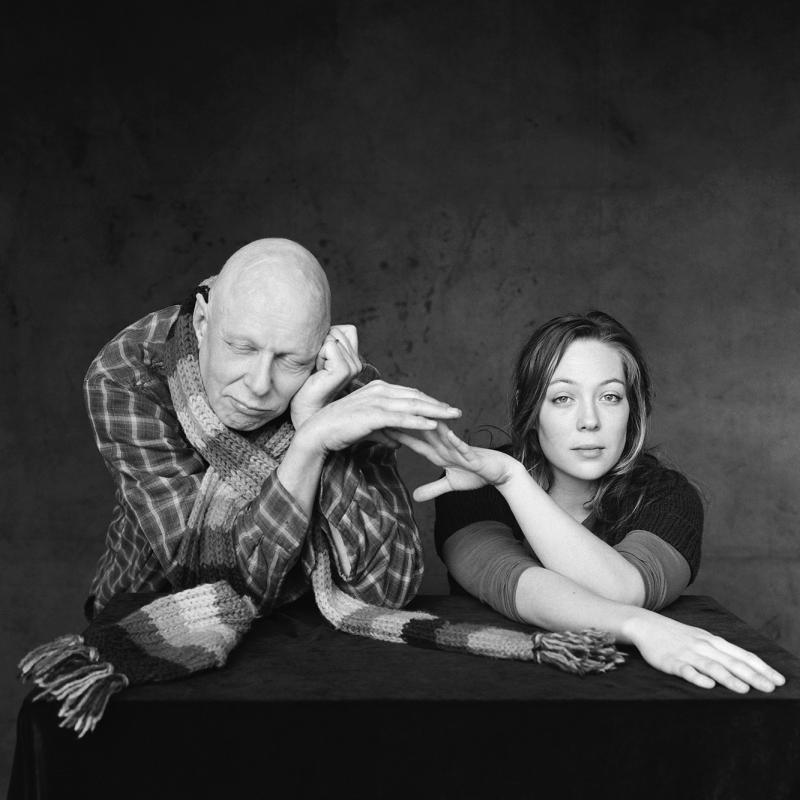 "AT SIXTY 2010. To my material girl; to the next generation." Photograph by Clare Park©, text by Buz Williams and Debbie Green 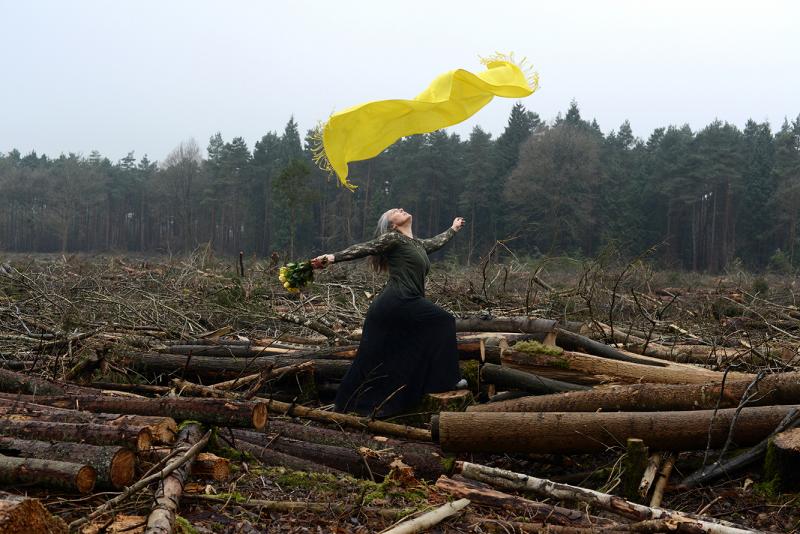 "BEYOND REACH 2015. Steering the course; self-expression and the time to take time." Photograph by Clare Park©, text by Debbie Williams aka Debbie Green

Getting my coronavirus vaccination: Hamish's story

Read more about 'Getting my coronavirus vaccination: Hamish's story '
Stories

Losing my sense of smell to Parkinson's

Read more about 'Losing my sense of smell to Parkinson's '