Former semi-professional footballer John was diagnosed with Parkinson’s in 2012. He talks about how sport helped him tackle the condition head on.

John has always had an active life and as a child, particularly enjoyed playing football. “I grew up really more outside the home than in, because I was more enthralled by what was going on there,” John admits.

“Football meant interacting and bouncing off other people. I think for me being part of that group environment has always been a great leveller.”

After John was diagnosed with Parkinson’s, that team mentality helped him through. “My life and my friendships were all based on sport and exercise,” says John. “They’re great people, they know your good and bad points and are team-orientated. I had massive support from day one.”

Being diagnosed with Parkinson’s made me realise sport was where all my best china was, so to speak.

Later, John met James, who has young onset Parkinson’s, at a football match. James had recently got involved with the Ray Kennedy Cup, an international football tournament for people with Parkinson’s. That chance meeting between John and James sparked the creation of the Northern Lights walking football club – football played at walking pace.

“Being diagnosed with Parkinson’s made me realise sport was where all my best china was, so to speak. I was faced with a choice of whether I leave it in the cupboard or get it out and inspire others. And that’s what we did with the walking football.”

John and James began building a team. John explains: “We led an active search party, lifting rocks and opening cupboards trying to find people with Parkinson’s. We were very busy on social media, following up with phone calls of encouragement and the word soon spread. Exercise was the thing that brought us all together.”

For me, walking football takes me back to my best playing days, where the one thing that got me through everything was football...

“For me, walking football takes me back to my best playing days, where the one thing that got me through everything was football,” says John. “I’ve seen what the adrenaline and enjoyment can do, and can explain to people what a positive effect it can have.”

Through the team, John has also not only recognised a difference in his own wellbeing, but that of his peers. He recalls talking to his friend Rod and encouraging him to come along and have a game of football.

“I threw the ball and he put his stick down and kept the ball up,” John remembers. “Then he walked off down the pitch, with his chest puffed out, knowing that he was back in the game. It’s good to be giving back what I’ve had over the years.” 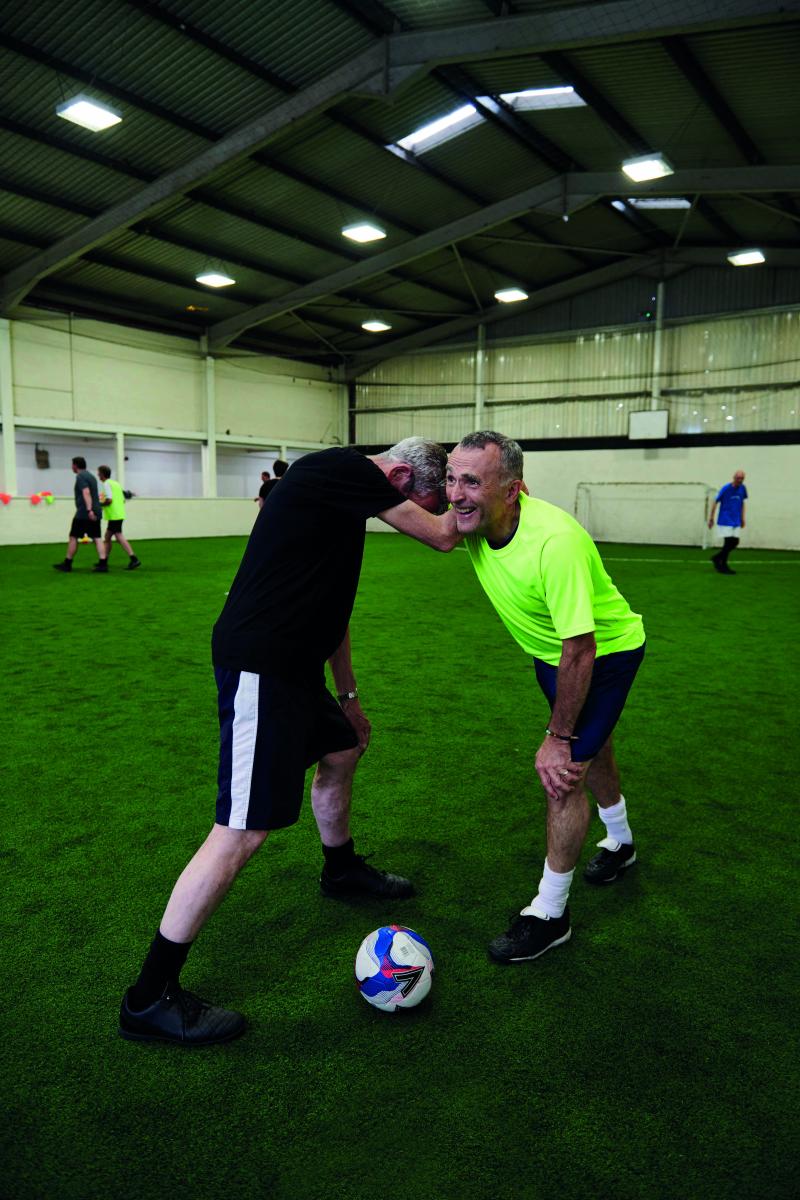 'Exercise can be many things'

John understands that for some, physical activity can be daunting, but it’s not something people should be frightened of.

“Exercise can be many things,” says John. “For one person it can be walking up and down the garden, for the next person it can be climbing up Mount Everest. It’s a very personal thing and it’s got to be what you want to do. You will get there by taking small steps.”