From poor balance and posture to dystonia and stiffness, there are many problems with foot care that people with Parkinson’s can experience. Here, physiotherapist Fiona Lindop answers 7 questions on how you can manage them. 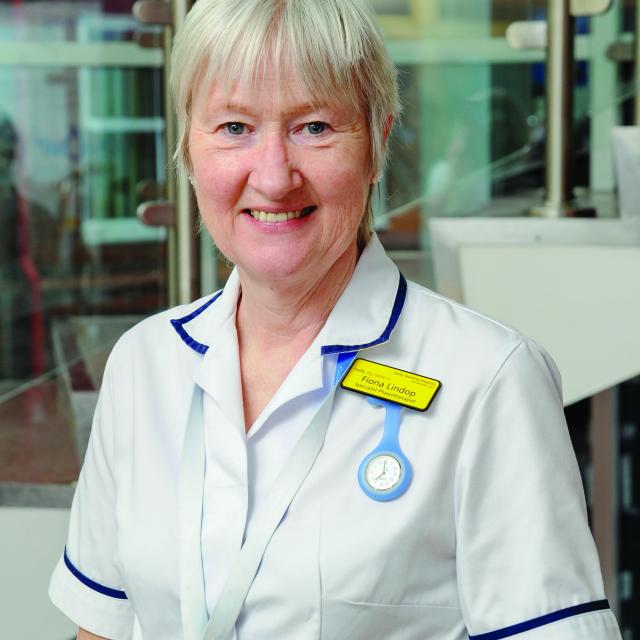 If people have a tremor or involuntary movements (dyskinesia) how can they look after their feet safely?

It may be helpful to avoid sharp tools, such as nail clippers or scissors if you have a tremor or involuntary movements. You should file your toenails weekly with a nail file (emery board) instead. You may also find a ‘diamond deb’ file useful because it is stronger and has a rougher surface.

What is swelling and what can people with Parkinson’s do about it?

Swelling is a common problem for people with Parkinson’s, particularly for those who have movement difficulties. If you don’t exercise very much, fluid can build up in your feet, ankles and lower legs. This is known as ‘oedema’. Ankle swelling is also a side effect of some Parkinson’s medication.

Swelling can get worse during the day and go down overnight. Sometimes this is called ‘postural oedema’ because gravity causes the build-up of fluid around the ankles when you stand up.

While the swelling is usually mild, some people describe their legs as feeling heavy. They may also have difficulty putting on shoes because they feel tighter than usual.

Wearing footwear that can be loosened during the course of the day may help, but it is important to make sure your shoes still hold firmly on to your feet to avoid the risk of falling.

Being active can help reduce swelling. Try the following:

What is your advice on footwear for people with Parkinson’s?

Make sure your shoes fit well, as shoes that don’t fit correctly can damage your feet and increase the risk of tripping or falling.

Try to choose shoes that have a low, broad heel, and that fasten over the top of the foot close to the ankle. Shoes with laces, Velcro or a strap and buckle have a better hold on the foot.

Leather-soled shoes should be avoided as they can increase the risk of trips and falls.

How can foot dystonia affect people with Parkinson’s?

Dystonia is a movement disorder that causes contractions in various muscles. This is when muscles become tighter and shorter than normal, making them difficult to stretch. This can happen in your feet.

One feature of foot dystonia is toe curling. This is where your toes cramp and curl under your foot. You may also experience your ankle turning inwards.

Dystonia in your feet can be linked to the ‘off’ period, where your medication wears off and is not as effective at controlling your symptoms. Talk to your specialist or Parkinson’s nurse to see if adjusting your medication regime may help.

How can a chiropodist, podiatrist or physiotherapist help people with Parkinson’s look after their feet?

If you have problems with your feet, you can visit a podiatrist or a chiropodist for advice – there is no difference between them.

Podiatrists look at all areas of foot care, including how the foot should work during ‘normal’ walking and the problems caused by not walking in a typical pattern.

Your podiatrist can train you to stretch and exercise your muscles to reduce the effects of stiffness or rigidity on your feet. They can also show you simple massage techniques to improve your movement and circulation.

Physiotherapists can also help you. They often work with podiatrists on foot-related mobility problems and to help prevent falls.

What are your top footwear tips for those who have problems with their feet but want to get moving?

Exercise is especially good for people with Parkinson’s. When exercising, make sure that your footwear fits securely and has a supportive sole.

A trainer-style shoe will give support, but it’s important to choose trainers that are right for the exercise you are going to do. Good sports shops can help with this so it’s worth asking.

What exercise is best if someone has foot problems?

It’s important to do exercise that is right for you and your Parkinson’s. This could be as simple as chair-based exercises or muscle stretches.

Find out more about foot care and Parkinson's.

Preparing for a hospital admission if you have Parkinson's